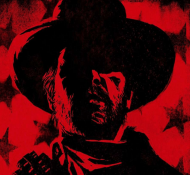 I've always wanted to make a PlayStation 4 homebrew. Running my own code, natively, on a advanced and boarded-off system like the PlayStation 4, there's some magic to it. I thought to myself, what's the biggest struggle when it comes to modding/gaming on my jailbroken PS4? Probably the installation of patch files, because Sony doesn't allow us to query to their patch checker servers when not signed into PSN. But what if I own the game? Shouldn't that be something I'm entitled to? Having bugs fixed and added improvements implemented to the software I purchased?

Patch Installer is a client between ORBISPatches.com and your jailbroken PlayStation 4. It's a plug and play homebrew, with no additional configuration.

The homebrew is able to install any listed patch on ORBISPatches.com, as long as the game is installed on your console. Choose the game in the homebrew menu, and select which version you would like to install. The app will then proceed to download and install the patch while you can sit back and relax. I hope that makes this year a little more easy on you.

What about older versions? Easy. If you've already installed, for example, the latest version of a game, just select a lower version and that'll be installed instead. You've now successfully downgraded your game with just a press of a button!

That's nice and all, but what if I don't want patches? If you prefer to play on base version 1.00 for whatever reason, I've thought of that aswell. There's a Delete Current Patch option for every game at the top of the patch selection menu. That'll allows you to downgrade to base version 1.00 and play with no patches at all.

Visit the official ORBISPatches.com download page to download the latest version of Patch Installer for your console.

Special thanks to Grim Doe for the extraordinary testing and providing the preview footage!

Q: Does this homebrew enable piracy?

A: No. The updates that are being installed using this homebrew are retail game patches, downloaded from the official PlayStation servers. Retail and fPKG cannot be paired.

A: You're trying to install a retail patch for a fPKG application. Retail and fPKG cannot be paired.

Q: I'm getting "Connection to playstation.net was denied" error, why?

A: You are probably using something to block the connection to the PlayStation servers. In order to use Patch Installer, whitelist the following servers:

Consider making a donation. Every donation is very much appreciated! 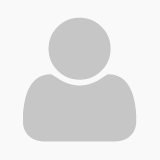 Greetings. Please allow the use of Mira Unofficial. I cant use my PS4 on Mira corectly. Working only on Mira Unofficial and HEN 2.1.3. I'm impatiently waiting for the Orbis patcher versions with the working Mira unnofficial or HEN. Please do it

Greetings. Please allow the use of Mira Unofficial. I cant use my PS4 on Mira corectly. Working only on Mira Unofficial and HEN 2.1.3. I'm impatiently waiting for the Orbis patcher versions with the working Mira unnofficial or HEN. Please do it

I'll be looking into making the app HEN compatible in the future.

Can I Run It With Alazif DNS Adresses ?